Welcome to our Superman Trades review. This is a swing trading alerts service that helped Maleah and I escape debt. Honestly, I can say that Superman Trades service changed our lives forever.

When I was at my lowest (working my ‘slave job’) we came across Superman Trades. The service sends out stock alerts on when to buy/sell stocks to make money. The service is run by multi-millionaire stock trader, Paul Scolardi.

Trading stocks can be an extremely lucrative and fun way to make some extra money or even quit your job. It can be a steep learning curve though and that is why we always recommend that you join a stock alerts service to learn the basics.

Disclosure: There are some affiliate links below, but these are all products I highly recommend. I won’t put anything on this page that I haven’t verified and/or personally used. Affiliate links mean that I will receive a commission if you click through the link and purchase something. I promise we only recommend things that we honestly love!

Side Note: Come and join our stock trading alerts Facebook group (How To Make Money With Stock Alerts Services)! We also have a Stock Alerts Reviewed YouTube channel which we hope are helpful. As a new trader it’s helpful to be part of a community of traders so you don’t feel you are battling the market alone! 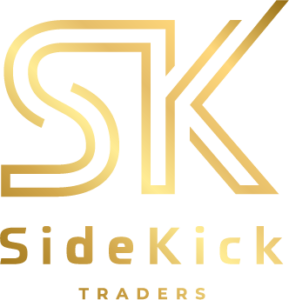 Who Is Paul Scolardi?

Paul has been trading for two decades. These days he is a stock trading coach and active swing trader. The amazing thing about Paul is that he is known as Superman of The Stockmarket. A reputation that he actively encourages!

He is famous for finding stocks that appear to be dead in the water, purchasing them early and watching them soar 100% or more!

Paul Scolardi started his own trading company called Super Trades. It is an education program where he teaches people how he makes so much money trading stocks online.

The best part is that he issues alerts via email, text message and in his chatroom. Whenever he buys or sells a stock, subscribers are notified. This way you can copy a veteran trader! You can fast-track your learning curve and take advantage of Pauls 20 years of trading experience.

Paul dabbled in acting earlier in his life. He even made it onto a well-known T.V show in the 90’s. He lived in his car and on people’s couches he was so broke.

His reputation as ‘Superman of the stock market’ started because he looks like Clark Kent. This combined with his unreal stock market performance earned him the nickname and he ran with it.

It is not unusual for Paul to make $1MM a year trading part-time. He doesn’t trade very frequently, but when he does he makes money!

Super Trades has over 1,000 students all over the world. Many of his students are making $200,000+ a year trading his strategy. You can learn more about him on the Paul Scolardi YouTube channel (HERE).

Here is just one of the videos that you will find on the Paul Scolardi YouTube channel.

You can follow Super Trades for free on Twitter (@super_trades). He is one of the best traders to follow on that platform and he does give a running commentary on stocks that he is in or looking at.

However, if you want to really get the best trade alerts and education from Paul, you will need to join his premium trading service Super Trade Alerts.

Maleah and I joining his Super Alerts Pro subscription ($247 a month). We started trading with a $25,000 trading account. Following the Super Trade alerts was very easy and we would regularly make $8,000+ on a single trade!

The trades that Paul focuses on are not your average companies. They are, to put it politely; crap. Often they have no revenue, tons of debt and can be run by some shady characters.

Nevertheless, these small cap companies that don’t have many shares issued (low float) are literal gold mines if you know how to trade them! Paul knows more than most about how to do that.

What Do You Get With Super Trade Alerts?

Super Trades teaches people a couple of different trading strategies. There is something for everyone – but Paul does make most of his profits from his fundamental swing trade positions.

Maleah and I made almost 100% on our account over the course of a year just by following Paul’s alerts. As NEW traders! Here is a Profit/Loss chart that Maleah imported from our broker onto Profitly’s trade verification platform.

This is really Superman Trades bread and butter! These are the trades that he makes $300,000+ on, sometimes in 30 days! With Super Trades Alerts, you get to follow Paul into these trades. He gives you his thought processes and due diligence behind the trade idea.

These swing trades are based on the underlying analysis of a company. Most traders rely solely on technical analysis – but Paul is a veteran CPA with many skills in analyzing the stock market and a company’s underlying financials. As a Super Trades alert member you get to benefit from this expertise.

This style of swing trading has worked well for Maleah and I. It does require patience as trades often take a few weeks to work out. But this is also the strength of the service because you don’t have to be glued to the computer. This makes Superman Trade alerts perfect for busy professionals. This can be an almost passive side hustle for people!

Paul has his educational alerts and educational program hosted on the Profit.ly platform.  We have always found his chatroom to be professional and extremely helpful because there are so many amazing traders that also share their ideas!

You don’t need any expensive software to do the simple charting that Paul does for his chart based swing trades. Something as simple as the free StockCharts.com works well.

Paul issues buy/sell alerts with these chart based swing trades. They are usually momentum stocks and can be a bit more difficult to copy than the fundamental swing trades. This is because momentum means they are already moving up in price!

The final component of Super Trades Alerts is the day trades. These are almost impossible to replicate unless you get in the stock before Paul. This is possible because he usually puts all the potential trades on his morning watch list.

Usually these trades will be fast and are often based on news being announced about something positive for a company. If you want to make smaller percentage gains but trade more actively then you will love the Super Alerts intra-day trades.

The service issues daily morning watch lists to subscribers. Sometimes there are video lessons and more in-depth due diligence reports on certain stocks. You can choose stocks from the watch list and trade them by yourself. You don’t have to rely on the Superman trade alert to do it. In fact, Paul actively encourages you to do this!

Paul Scolardi has a truly outstanding track record. He verifies all of his trades on Profit.ly for maximum transparency.

Here is a chart that shows how much money he has made over the last few years trading stocks. Paul Scolardi’s strategy works!

You can see that Paul has made almost $1MM a year for the last 5 years. His average winning percentage is just 54% but the amount of money he makes on a winning trade is much more than he loses on a losing trades.

This shows that he is good at managing his trades. This is a critical skill for successful stock trading, and who better to learn from than a multi-millionaire veteran trader.

Our goal with this Super Trades review was to introduce you to one of our favorite stock trading educators in the business. He has a great reputation and his service really helped Maleah and I become financially independent.

Swing trading stocks with a trade alerts service can be an almost passive source of income. It only takes a few minutes to read an email and buy some shares. Paul Scolardi’s strategy is one of the best and easiest to replicate.

We hope that you found this Superman Trades review useful!

Side Note: Come and join our stock trading alerts Facebook group (How To Make Money With Stock Alerts Services)! We also have a Stock Alerts Reviewed YouTube channel which we hope are helpful. As a new trader it’s helpful to be part of a community of traders so you don’t feel you are battling the market alone!

For short term trading, we have had some amazing wins with Rhino Alerts!

I hope that you have enjoyed our Superman Trades review. This is a swing trading alerts service that helped Maleah and I escape debt. Honestly, I can say that Superman Trades service changed our lives forever. We will be doing a Paul Scolardi Profit Lock System review on his new service soon!

Russell and Maleah are the founders of Unconventional Prosperity, a blog about personal finance and our journey of living a prosperous life in an unconventional way. We blog about making money online and are dedicated to helping you to do the same! Here's to health, wealth, love and happiness! 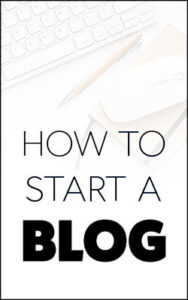 Russell and Maleah Barbour are participants in the Amazon Services LLC Associates Program, an affiliate advertising program designed to provide a means for sites to earn advertising fees by advertising and linking to Amazon.com. 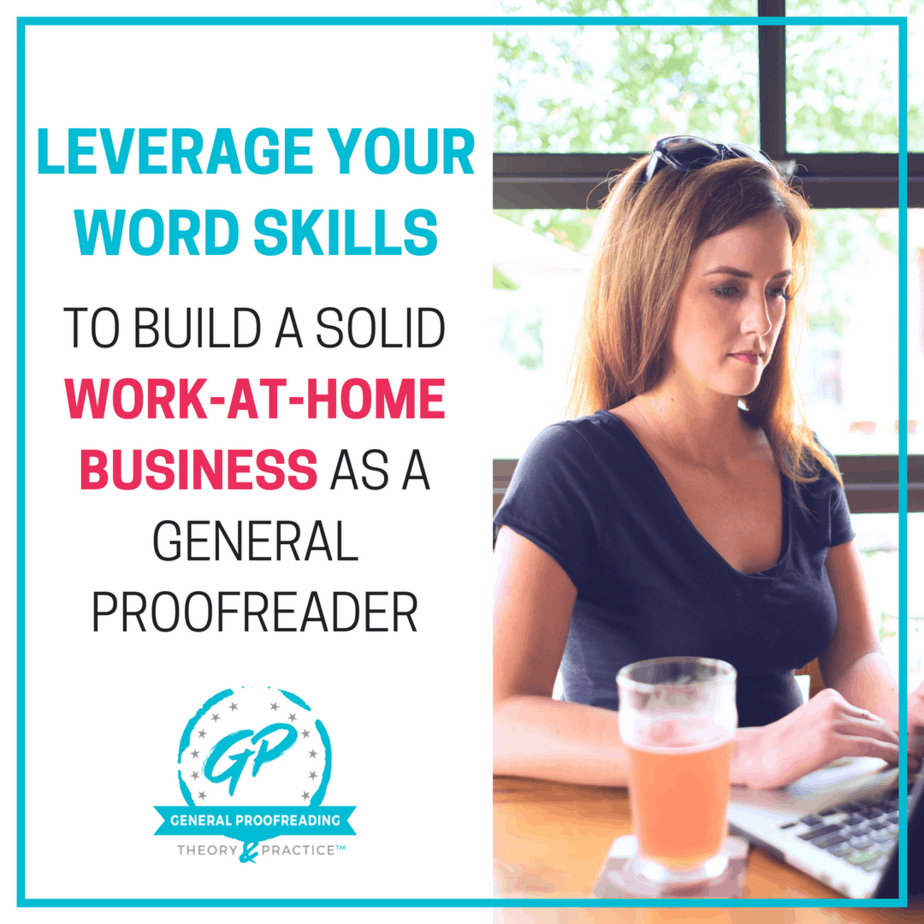 FREE WEBINAR: HOW TO START A FREELANCE PROOFREADING SIDE HUSTLE!